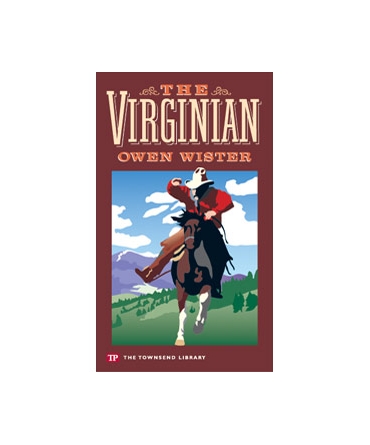 Read the first chapter of The Virginian here.

It started over a poker game. Trampas cursed the Virginian, and the Virginian told him off in public. Months later, Trampas’s hand moved for his pistol when the Virginian made him apologize for some rude remarks about a woman. Years later, the Virginian forced Trampas to hide out, suspected of cattle rustling and murder. Now, with the Virginian about to marry the woman he defended, Trampas has shown up, seeking revenge. With his pride on the line and his anger fueled by whiskey, Trampas will not back down. Neither will the Virginian. This time, bullets will fly, and someone will die.