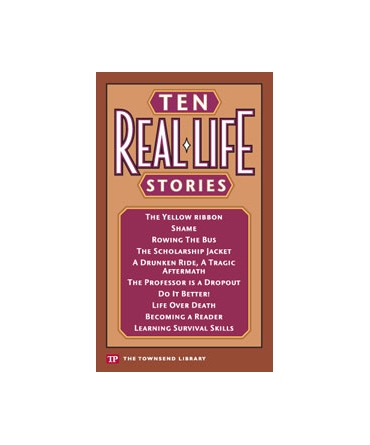 As you read Ten Real-Life Stories, you will meet a fascinating variety of people. The one thing they have in common is they are real. So are their stories.

Here are a few of the people you will learn about:

Vingo, a man released from prison, going home to a wife who may not want him.

Richard, a little boy who “invented" a father to hide his embarrassment.

Paul, so afraid of bullying that he betrayed a friend at school.

Lupe, a "retarded" girl who wasn’t.

Ben, whose mother would not allow him to fail.

Marvel, who fooled everyone into believing she could read.

Jean, who found that education could counter the hard blows of life.