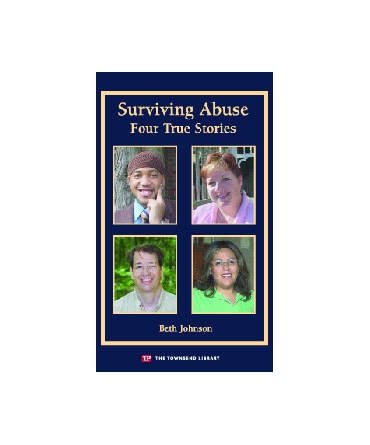 "Abuse" is an ugly word. And to many people, abuse is an ugly reality of life. This book tells the stories of two men and two women whose lives have been painfully marked by abuse.

• As a child, Kenyon was beaten first by his mother, later by his father and stepmother.

• Dawn grew up surrounded by abusive people, then married a violent man.

• Eunice was only a child when an adult relative targeted her for sexual abuse.

The things that Kenyon, Dawn, Ryan, and Eunice experienced could have destroyed them inside. But that’s not what happened. Read Surviving Abuse to learn how people can grow strong and healthy even after suffering at the hands of others.