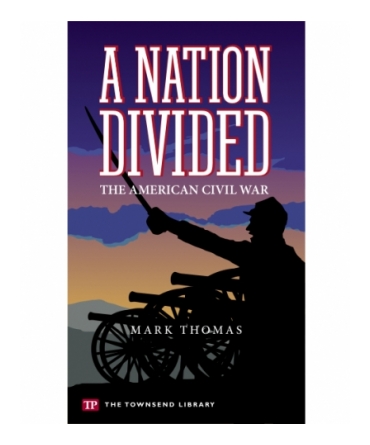 Read the first chapter of A Nation Divided here.

"A house divided against itself cannot stand."

When Abraham Lincoln spoke these words in 1858, a deadly storm was brewing in the United States. Many in the South no longer wanted to remain a part of the country. They wanted to form their own country, where slavery remained legal and where Northerners stayed out of Southerners' business.

In 1861, the storm hit. The "house" of the United States was split in half by a terrible war that would drag on for years. Before the Civil War ended, more than half a million soldiers would die in what would be, and still remains, the conflict that has claimed the greatest number of American lives. But when the clouds of this war of brother against brother finally cleared, nearly four million African Americans had been freed from bondage--and the divided house was whole again.