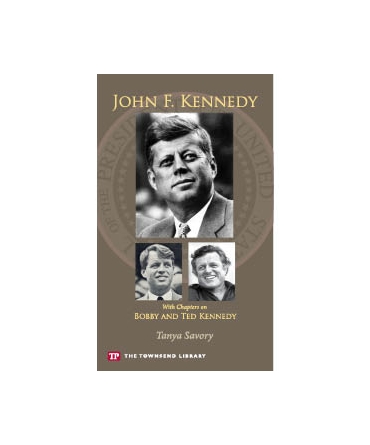 "Our most basic common link is that we all inhabit this small planet. We all breathe the same air. We all cherish our children's future. And we are all moral."

John F. Kennedy grew up surrounded by wealth and privilege. He was given opportunities that most young people only dream of having. However, Kennedy learned quite young that money can't buy everything. He fought sickness and pain throughout his life, endured the death of a brother in World War II, and lost his favorite sister in a plane crash.

It was, perhaps, this balance of privilege and pain that made it possible for Kennedy to understand the "common links" that, in spite of our differences, all humans share. We all want to be treated fairly, to feel safe, to dream big dreams, and to feel proud of our country. When Kennedy became President, he made these links the heart of his work. And when he died, his brother Bobby, and then his brother Ted, carried on the work that John had begun.