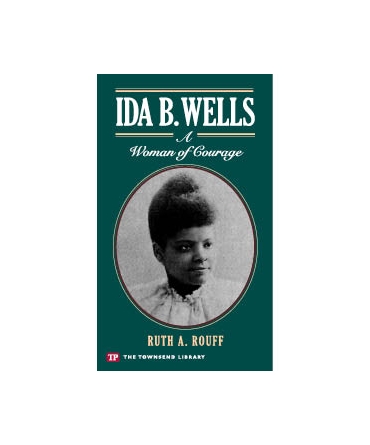 Read the first chapter of Ida B. Wells: A Woman of Courage here.

Born into slavery, she had risen to become co-owner of a Memphis newspaper.  But when a white mob lynched a close friend, Ida’s life changed forever.  Before long, she was speaking out about the evils of lynching and encouraging blacks to leave Memphis.  Some whites were outraged by her words.  When she was out of town, they destroyed her newspaper office and threatened to kill her.  But no threats could stop Ida from fighting for her people.