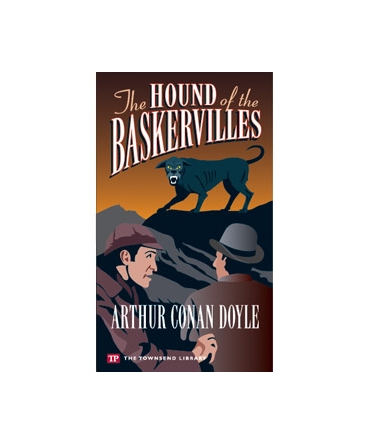 Read the first chapter of The Hound of the Baskervilles here.

Everyone agreed that Sir Hugo Baskerville was an evil man.  But his sins did not go unpunished.  When he kidnapped the daughter of a neighboring farmer, a huge black hell-hound appeared and tore out his throat.

Centuries later, Sir Hugo’s descendant, kindly old Sir Charles Baskerville, has died under mysterious circumstances on the grounds of his estate.  There were no marks on the body, but at its side . . . the footprints of a gigantic hound!

Now Sir Henry Baskerville has returned to England from America determined to take possession of Baskerville Hall.  But will he be the next victim of the family curse?  Not if famed detective Sherlock Holmes can help it!