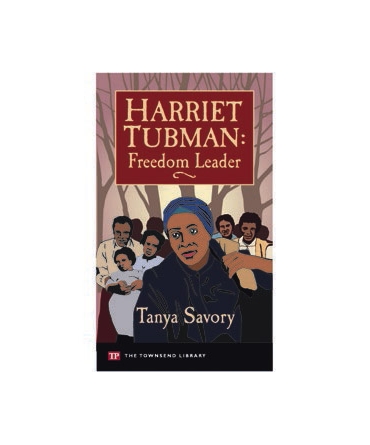 “I grew up like a neglected weed—didn’t know nothing about liberty, since I never had any. . . . I think slavery is the next thing to hell!” —Harriet Tubman

Harriet Tubman was born into the hell of slavery.  For many years she was beaten and treated like an animal.  But then Harriet began having strange dreams and visions—she saw a star, hidden pathways, and a line that separated slavery from freedom.  One day, Harriet would find out just what these dreams meant.

Harriet stood barely five feet tall and was unable to read or write.  But she outsmarted slave catchers, outran bloodhounds, and gave hope to millions of slaves.  From Maryland to Mississippi, slaves knew Harriet as “Moses”—the deliverer who would lead her people out of slavery.