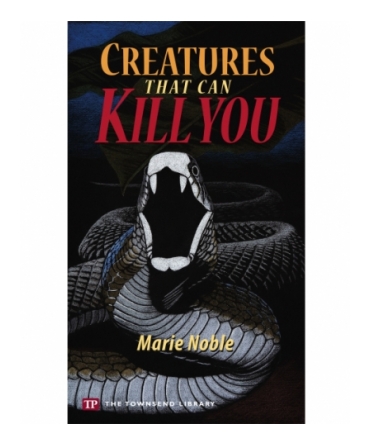 Read an excerpt from this book here.

In Africa, night after night, two young lions creep into a sleeping village. Screams shatter the stillness as the lions grab their human victims by the head and drag them off into the tall grasses. Soon the screams stop, and the sound of crunching bones drifts back to the village.

In South America, explorers jump back in horror as they come face to face with a huge spider. It is as wide across as a dinner plate, and it is feasting on a bird it has just caught.

And near a crowded beach in New Jersey, a massive great white shark lurks. Suddenly, there is a shriek, followed by frantic splashing. Within seconds, a pool of blood spreads across the water.

These are just a few of the terrifying stories you'll find in Creatures That Can Kill You. And not only are they terrifying--they're also true!