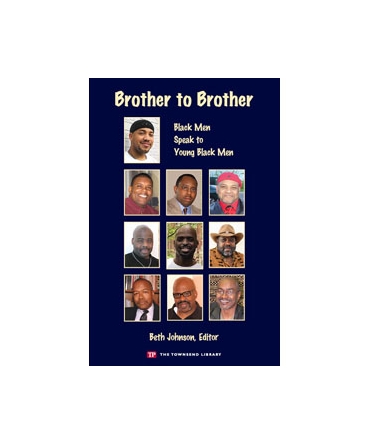 Read the first chapter of Brother to Brother here.

About Brother to Brother

We asked ten African American men from a wide range of backgrounds this question: If you had a chance to speak to the young Black men of America, what would you say?

The essays in Brother to Brother are their answers. In this book, you will read the frequently encouraging, sometimes angry, occasionally sad, often challenging, but always thoughtful words of these ten men, including . . .

• Kenyon Whittington, an abused and abandoned child who not only overcame his own harsh circumstances but now serves as a guide to others;

• Joseph Marshall, Jr., whose success in touching the lives of San Francisco gang members has earned him an Oprah “Use Your Life” award;

• Elijah Anderson, a distinguished sociologist whose study of the Black community is world-renowned;

• Joe Davis, a former junkie and drug dealer, now a mental health therapist who works tirelessly to end the kind of senseless violence that put him in a wheelchair.

These men and others are waiting for you in the pages of Brother to Brother. They reach out to take you by the hand and say, “Sit down, my brother. Let’s talk.”