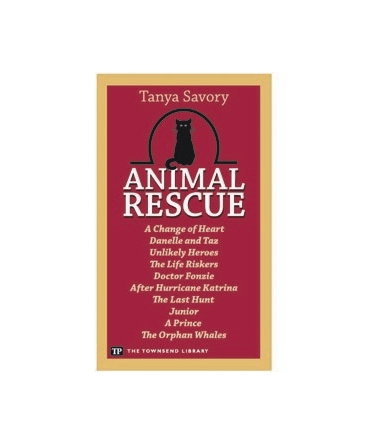 When it comes to “animal rescue,” the rescuer is often a human rescuing an animal.  But it can also involve an animal rescuing a human.  This book tells true stories from both sides—amazing feats of courage, kindness, and love:

• Tossed out on the side of the road, Lucky was one unlucky cat until Jen adopted him.  One stormy night, Lucky gets the chance to show his devotion when an escaped prisoner crashes through the front door and attacks Jen.

• A toothless old dog named “Poochie” puts herself in the direct path of a charging alligator in order to protect her friend.

• Three baby whales are the only survivors when thirty whales mysteriously beach themselves on a New England shore.  Rescuers face endless challenges in their attempts to save these three orphans.